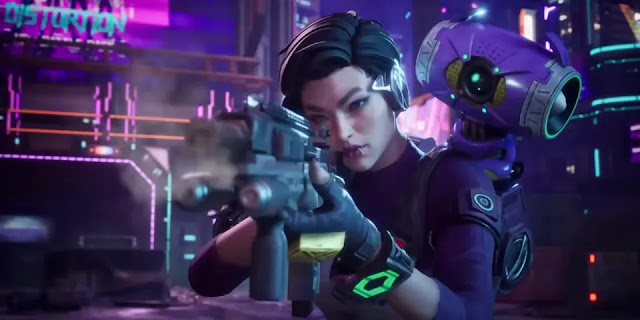 Since its launch back in May, Apex Legends Mobile has been pumping out a flurry of content to keep players engaged and satisfied. With Season 1 coming to a close, Respawn Entertainment took to dropping a hype trailer showcasing the newest Legend, Rhapsody, and when to expect her along with Season 2 to hit the mobile port of Apex Legends.

As mentioned, Apex Legends Mobile has seen no shortage of content since its launch in May. As soon as it hit mobile platforms, it was very obvious that this would be more than an empty port with numerous changes that fans of the console versions have been clamoring for. The port also launched with a mobile-exclusive Legend named Fade, and the newest season will bring another exclusive Legend to expand the roster.

The launch trailer gives us an insight to the newest Legend, Rhapsody, a bit of her background and a preview at her potential abilities. Besides her name being a reference to ancient Greek epic poems, her skill set seems to heavily lean into the musical side of her name while possibly borrowing from Lifeline's skill set. She carries around a little helper drone that can be seen deploying a barricade similar to Newcastle's that can absorb incoming fire. Also shown is a potential ability to buff teammates as her squad is surrounded by sound waves, although there's no indication as to what the buff could do.