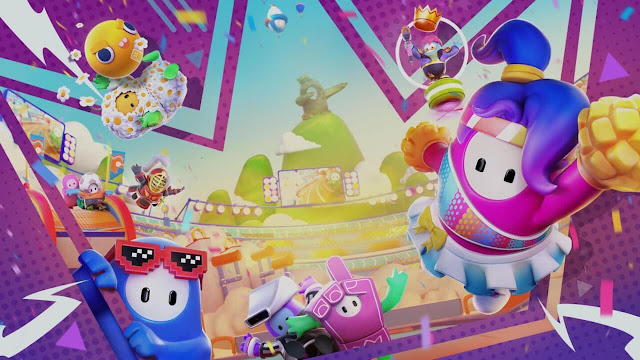 Fall Guys has officially gone free-to-play with the new Fall Guys: Season 1. The new season means the game no longer costs money to buy and is now available on new platforms, like Xbox and Nintendo Switch. The update also brings full cross-play and cross-progression to Fall Guys, along with the introduction of a paid battle pass, a first for the minigame based battle royale.

The new update also brings a handful of new shows, adding to the massive total Fall Guys has accumulated over its previous seasons. A number of these new shows are based on a new mechanic, the speed boost, which allows you to move much faster for a limited amount of time. Many of the new shows are also shorter than some of the previous shows, designed to knock players out much more quickly than previously, which is especially true for the two new final showdowns.

The new battle pass features a number of free cosmetic rewards, along with premium items. It includes paid currency in the premium tiers, along with a couple of crossover items. These items include Ezio from Assassin's Creed, a variant of the Among Us character, and Mecha Godzilla as the final item of the battle pass. The pass can be advanced by completing daily, weekly, and season long quests, along with performing well during each match you play. Here are some tips to help you dominate in all seven of the new Fall Guys minigames and grab yourself the elusive victory crown.

Hex-A-Ring is one of two new final showdowns in Fall Guys Season 1: Free For All. This game mode combines the disappearing tiles of Hex-A-Gone with Roll Out. Players need to stay on a rotating cylinder as the tiles disappear when walked over. The tile stacks go three deep, but disappear very quickly.

The key to winning Hex-A-Ring is staying as far away from other players as you can possibly get. This means that the tiles won't be disappearing as quickly and you don't run the risk of bumping into another player and losing all of your momentum. The cylinder starts spinning faster as time goes on, but at max speed it's too slow to just run in a straight line up it, but too fast to spend much time moving horizontally. The most important thing here is paying attention to the number of tiles in front of you. An elevation change of even one tile means you can't run over it and will have to jump, costing you some speed. Unlike some other final showdowns, Hex-A-Ring goes pretty quickly, since players are forced to run across the tiles at a faster pace, so this isn't as much of an endurance battle as previous minigames.