LOTR: Where Did The Gift Of The Valar Originate?

A lot of the mythology and history of Tolkien's world in The Lord of the Rings can be quite confusing, especially the elements that he didn't provide a lot of explanation for himself. The history of the creation and early days of Middle Earth in particular is a period of lore that even the most die-hard Tolkien fans might find hard to parse. In general, it's impressive that Tolkien's world is so vast and detailed that even the beginning of the world was something that was in his vision, even if it didn't get as much focus as the main story.

One of the elements of early Middle Earth that is quite central to Tolkein's mythos but can sometimes be relatively unclear is the Gift of the Valar, also often referred to as the Gift of Ilúvatar or the Gift of Men. (Multiple names for the same idea is one of the major reasons why Tolkien lore can be so confusing.) What is this Gift, and why is it so important to the world of Middle Earth?

The Gift of Ilúvatar is the gift that Eru Ilúvatar (the supreme deity over Arda) gave to his Younger Children; aka, the race of Men. In short, this gift was death, and it was what separated Men from Elves. Death allowed Men to go beyond the confines of Arda (the world), since Ilúvatar willed that Men would not be content within the boundaries of the world. They are not tied to the Earth in the way that Elves and other creatures are, because Men's spirits can leave this world and not return. Elves, on the other hand, are bound to the earth and cannot truly die until the world dies. Immortality might seem appealing, but eventually, even the Valar were jealous of the Gift of Men and their liberation from the physical world. 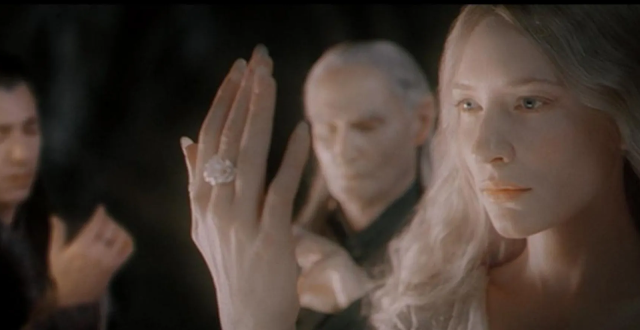 Of course, Ilúvatar knew that Men would not always use this freedom to bring good to the world, and that they would often stray from his vision for them. Despite this, he still saw Men as the instruments to carry out his plans for the world, and knew that all would come to pass through them as he thought. Originally, Men did not fear the Gift, and did not see death as something to be avoided. They loved their lives in the world, but they were still willing to give everything up in the end to let their spirits pass on from Arda, to a place unknown to even the wisest beings in the world.