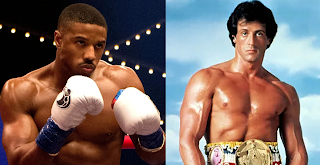 When Amazon acquired MGM last year, the Rocky and Creed franchises were among the highly appraised assets bought along with James Bond, and it seems like Sylvester Stallone is now ready to fight for what was once his after calling out producer Irwin Wrinkler on a couple of daring social media posts over the last couple of days.

Stallone famously wrote what would become the screenplay for Rocky after being inspired by a fight between Muhammad Ali and Chuck Wepner, with the latter influencing much of the character’s story alongside boxing legend Rocky Marciano. Yet, despite leading to a massive movie empire consisting of six Rocky films and a full Creed trilogy set to be completed this November, even directing four of his own movies, Stallone doesn’t own the rights to his most fruitful creation.

It seems now though as if the 76-year-old actor still has some fight left in him because Stallone is demanding Wrinkler give back what he believes to be rightfully his. Stallone took to Instagram to post an illustration of the producer depicted as a snake along with a caption noting the “very flattering” representation of the man who has been “controlling ROCKY for over 47 years” and counting. Stallone has no problem describing the matter as a “painful subject” that “eats [his] soul” because he’s always wanted to leave something from Rocky for his children, a fact he highlighted by noting only Wrinkler offspring would inherit the 93-year-old’s stake in the franchise.

Although in the past Stallone has talked about being left with no intellectual property rights over Rocky and its derivative work, Creed, he’s never shown himself as combative. However, there’s no sign the actor could be taking any legal action as of now. Bear in mind the first Rocky movie's production was as much of an underdog story as the one portrayed in the film, running on a $960,000 budget and making $225 million (around $1.07 billion today), out of which $75,000 was paid out to Stallone for his screenplay and acting duties, as well as $2.5 million from box office earnings.